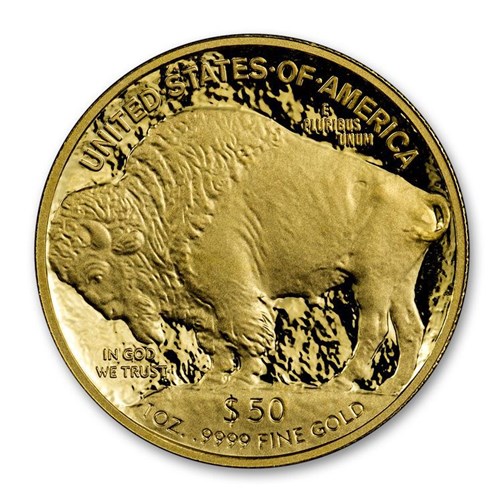 As Tucson’s only private jeweler, I do everything that a traditional jewelry store does without having the tremendous overhead of a retail store, so I save you money. I do this when I buy and sell diamonds, jewelry, that is both new and vintage and also gold and silver bullion and coins. This is the fifth installment in my series of blog posts about the world’s most popular gold coins: the American Buffalo.

In 2006, the United States Mint introduced the first Gold American Buffalo. The coins were a huge success, and since then, the Gold American Buffalo has become a popular addition to many investor's portfolios. The coin was designed after James Earle Fraser's famous 1913 Type 1 Buffalo Nickel.

The American Gold Buffalo is one of the newest annual bullion products from the United States Mint. When it was introduced in 2006 it was the first .9999 pure 24-karat gold coins from the US Mint. The mint program followed many of the tenets of American coin design in the modern era. They revived a classic design from the early 20th century for use on this bullion product.

Some of the coins highlights include:

James Earle Frasers 1913 Indian Head Nickel design was chosen for the obverse and reverse face of the Gold Buffalo program. Fraser was a native of Winona, Minnesota, and grew up on the American frontier in the late 19th century. The images he chose for the nations new five-cent piece reflected his vision of the American West.

On the obverse face of each coin is the left-profile image of a Native American chieftain, which was created by Fraser by combining the facial features of three real-world tribal leaders. An engraving of Liberty and the year of issue are featured on this side.

The reverse includes a depiction of Black Diamond, a resident bison at New York Citys Central Park Zoo in the early 20th century. The massive creature dominates the obverse face, with engravings of United States of America, E Pluribus Unum, In God We Trust, and the coins weight, purity, metal content, and face value surrounding it.

If you would like own this beautiful solid gold coin or any other, or you would like to sell your collection, it would be my pleasure to help you. Simply schedule an appointment for us to meet in the comfort of my Sabino Canyon office. I’m the jeweler near you.